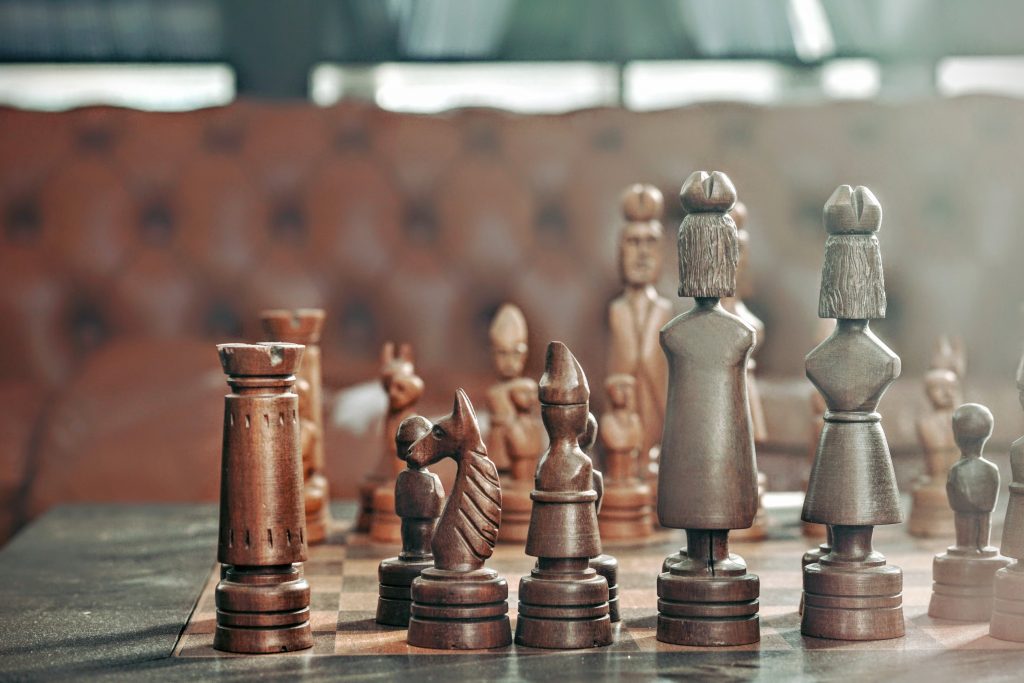 Nursing homes have been terminating Medicare coverage of those that do not show improvement in health. My Elder shares what you need to know.

For about 30 years, home health agencies and nursing homes that contract with Medicare have routinely terminated the Medicare coverage of a beneficiary who has stopped improving, even though nothing in the Medicare statute or its regulations says improvement is required for continued skilled care.

Medicare contractors have instead used a covert “rule of thumb” known as the “Improvement Standard” to illegally deny coverage to such patients. Once beneficiaries failed to show progress, contractors claimed they could deliver only “custodial care,” which Medicare does not cover.

This is a great travesty that has affected millions of elders who have been denied elder care services that would have made improvements in their health and welfare. Many thousands have died as a result of a denial of elder care options, and many more had to pay billions of dollars to get the services they should have received as part of their Medicare benefits.

Some basic definitions are in order to understand this post:

The patient’s condition has the potential to improve or is improving in response to therapy; maximum improvement is yet to be attained; and, there is an expectation that the anticipated improvement is attainable in a reasonable and generally predictable period of time.

The skills of a therapist are necessary to maintain, prevent, or slow further deterioration of the patient’s functional status, and the services cannot be safely and effectively carried out by the beneficiary personally or with the assistance of non-therapists, including unskilled caregivers.

Jimmo and the Undying Myth of Medicare’s Improvement Standard

The lawsuit stems from a bizarre practice that arose over decades because of Medicare’s fragmented and loosely administered process for handling beneficiary claims. The Medicare law and regulations state that coverage is available for health care and therapy that is “reasonable and necessary for the diagnosis or treatment of illness or injury.”

But at lower levels of Medicare’s review process, where a vast majority of decisions on coverage are made, some Medicare contractors — companies that review and pay medical claims for the government — terminated or refused coverage if there was no prospect of patient improvement or if there were signs that the patient’s condition was deteriorating.

Ask anyone and they will tell you the day you no longer show improvement is the day your Medicare benefits are cut off. Stories are legion; everyone has one. (My personal favorite involves a frail elderly woman asked to get up from her wheelchair each day and shuffle past a goal line of tape affixed to the floor.)

Unfortunately, everything “they” have been telling you about Medicare’s so-called improvement standard is false. As we will read, even after national attention this myth continues to persist, leading to confusion between providers, consumers, and agents.

Over five years ago, on January 18, 2011, a class action was filed in Vermont in order to correct what the plaintiffs alleged was the erroneous and widespread misinterpretation of the improvement standard. Joining lead plaintiff Glenda Jimmo were the Alzheimer’s Association, National Multiple Sclerosis Society, Paralyzed Veterans of America, Parkinson’s Action Network, and United Cerebral Palsy. The action was settled October 16, 2012, and approved January 24, 2013.

Unlike some class actions where multi-millions of dollars are awarded, the Jimmo settlement must’ve seemed rather tame. After all, it served mainly to clarify an existing policy. It was only possible because there never was an improvement standard, to begin with. Here is the exact text from the CMS Manual (published in December 2013, then revised in January 2014):

“Medicare has long recognized that even in situations where no improvement is possible, skilled care may nevertheless be needed for maintenance purposes (i.e., to prevent or slow a decline in condition). The Medicare statute and regulations have never supported the imposition of an “Improvement Standard” rule-of-thumb in determining whether skilled care is required to prevent or slow deterioration in a patient’s condition. Thus, such coverage depends not on the beneficiary’s restoration potential, but on whether skilled care is required, along with the underlying reasonableness and necessity of the services themselves.”

Examples of prohibited “rules of thumb” include lack of “restoration potential” or an individual being “stable” or “chronic.”

“Coverage depends upon an individualized assessment of the beneficiary’s medical condition and the reasonableness and necessity of the treatment, care, or services in question. Moreover, when the individualized assessment demonstrates that skilled care is, in fact, needed in order to safely and effectively maintain the beneficiary at his or her maximum practicable level of function, such care is covered (assuming all other applicable requirements are met). Conversely, coverage in this context would not be available in a situation where the beneficiary’s maintenance care needs can be addressed safely and effectively through the use of non-skilled personnel.” 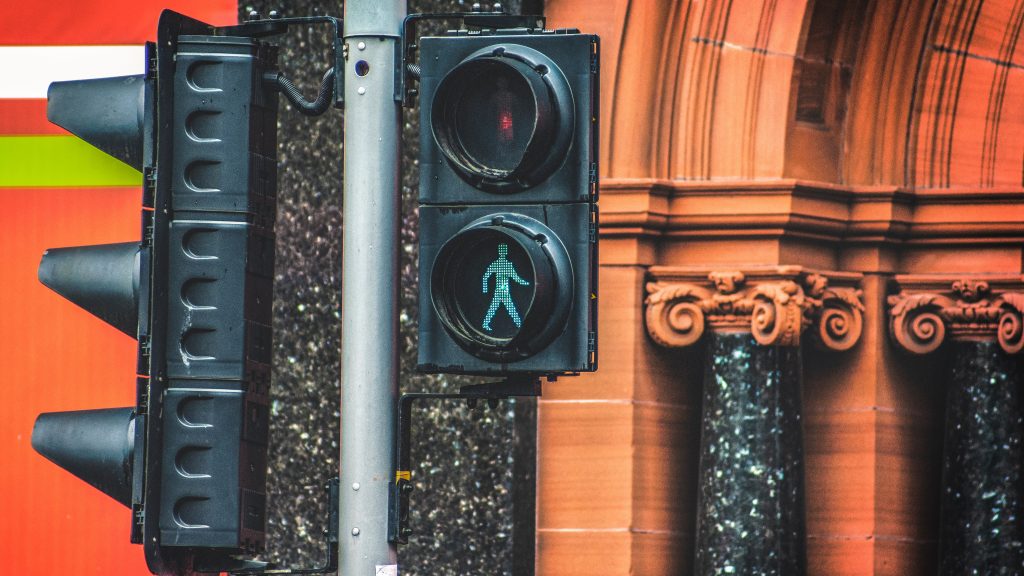 Beyond agreeing to re-write its manual for improved clarity, the Centers for Medicare & Medicaid Services (CMS) also agreed to re-evaluate previously denied claims and to undergo a national carrier and provider education campaign. It is for this education campaign that we find “Jimmo” back in the news in 2016.

In fact, the original counsel found themselves back in court a few weeks ago, alleging that CMS has flat-out “refused” to clear up the confusion which exists within the long-term care provider community. They filed a motion to compel the government to adhere to the terms of the settlement. CMS insists they’ve completed the education campaign—which has been described as “failed”.

The real world consequences are the continued failure of beneficiaries receiving skilled nursing and therapy services to which they’re entitled.

Judith Stein, executive director of the Center for Medicare Advocacy, says the evidence is clear: “Three years after the Jimmo Settlement we are still hearing daily about providers who never heard of the case and patients who can’t get necessary care based on an improvement standard… CMS could help, but has refused to provide any more education or written information.”

No matter what occurs in court, or how long it takes, we can begin our own education campaign right here, right now. Jimmo makes it clear that skilled care mustn’t be denied solely because an individual’s condition is chronic, stable or has plateaued. Furthermore, such care and therapy may be required solely to maintain one’s condition or to slow deterioration—not to restore or improve function.

Of course, such questions of eligibility should be kept in context. Which is to say, qualifying for Medicare benefits is one thing, but all other limitations, exclusions, and maximums still apply. One care provider asks us to think like this: maintenance care can be divided into “skilled maintenance” and “unskilled maintenance”. The former was finally clarified by the Jimmo Settlement, while the latter (long-term custodial care) has never been covered, and remains so.

“There are still many providers and contractors who do not know about, understand, or trust the change in the improvement policy,” CMA wrote in a December 2015 letter to APTA and other stakeholders. “We believe this is largely due to the fact that CMS’ Education Campaign was insufficient to make up for the rigor with which Medicare enforced the Improvement Standard—for decades.” According to CMA, CMS conducted only 1 briefing for providers and adjudicators, in early December of 2013. Since that time, CMS “has refused to do more,” CMA writes.

What is one to do?

My Elder provides elder advocacy services to families. Talk to us about long-term planning, finding the right home for your loved ones, preventing crisis and abuse, and ensuring they receive the best care possible. If you have been rejected for Medicare coverage or have any further questions, contact My Elder at 212-945-7550.