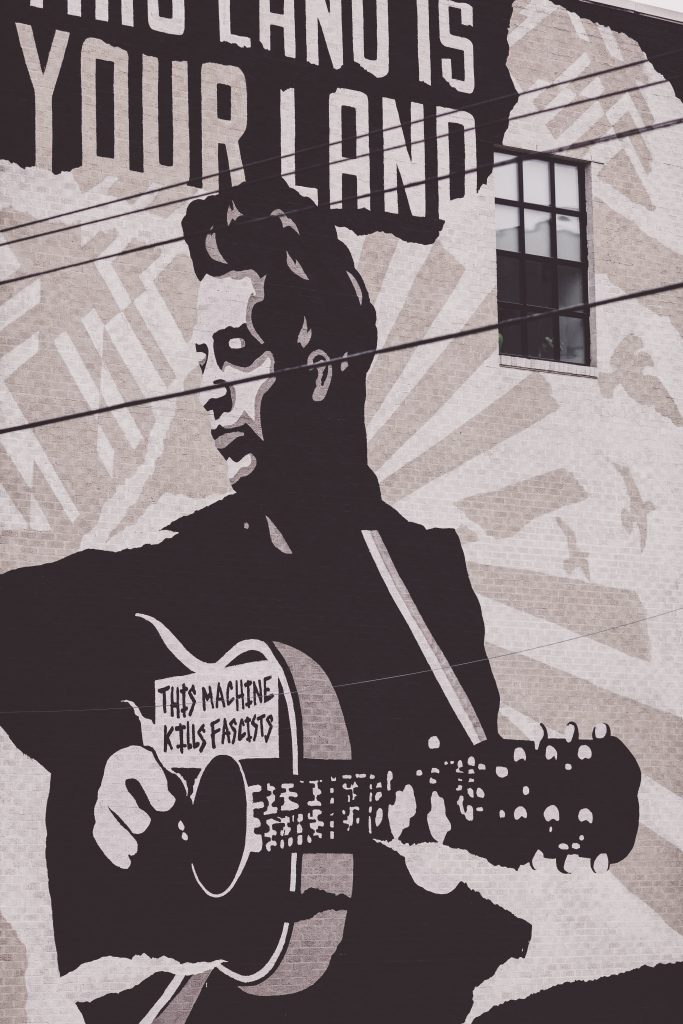 The term ‘spousal refusal’ may sound downright selfish, uncaring, and mean, but for the well spouse and the rest of the family, it could mean financial survival.

The obituary of Woody Guthrie says he died a divorced man. It is true, and it is wrong.

True as a matter of law, his widow said, wrong as a matter of the heart. This legendary folk‐balladier, this quirky, rusty‐voiced wanderer whose thousand songs echoed the glory and the pain of America, died in 1967 after 13 years in state hospitals. He was 55 when Huntington’s disease took his life and long before the end he could neither move nor speak nor write.

“We had agreed that we didn’t need a piece of paper to hold us together.” said his former wife, Marjorie Guthrie. “I never really divorced him in my heart and in my actions. Divorce was an opportunity for me not to be responsible financially for his hospitalization.”

The couple had three young children, and it was decided that Marjorie’s meager income — as a professional dancer, an assistant to Martha Graham and later, founder of her own dancing school — would be barely enough to support them.

“That’s what I did to face my reality,” she said. “To decide that the kids would have enough to eat and someone to watch over them while I worked. People forget that we were poor. They ask: ‘What was it like to be married to a famous man?’ But we were poor all during his lifetime.”

Federal Medicaid law states that the community spouse can keep all of his or her assets by simply refusing to support the institutionalized spouse. This portion of the law, known as “just say no” or “spousal refusal,” is generally not used except in New York and Florida, where the states have adopted the federal law in this area, and in Connecticut, where a federal court has upheld this right.

Under the law, if a spouse refuses to contribute his or her income or resources toward the cost of care of a Medicaid applicant, the Medicaid agency is required to determine the eligibility of the nursing home spouse based solely on the applicant’s income and resources, as if the community spouse did not exist.  In 2005 a federal appeals court upheld the right of the wife of a Connecticut nursing home resident to refuse to support her husband. The husband was able to qualify for Medicaid coverage, and assets that he had transferred to his wife were not counted in determining his eligibility.

Granted, the term Spousal Refusal sounds mean-spirited. Should an individual be allowed to legally walk away from his or her spouse’s long term care bills? Some background on the subject may lead you to respond affirmatively.

But legislative changes in the late 1980s and a major overhaul in 2003 have closed some loopholes, and the eligibility requirements for Medicaid have been eased; they were further relaxed under the Affordable Care Act of 2010, in an expansion that some but not all states have embraced. Such changes allow elderly people to keep more assets and income and still qualify for Medicaid.

Nursing Home Admission Agreement: Be Careful About How You Approach This Document

Home Health Care For Elders. Affordable Or Not?

The good news is that we are living longer. The corollary to this is that we are more likely than our parents to live to an age when we will require help with activities of daily living (ADLs). These are the less than glamorous functions of life- dressing, bathing, eating, and toileting. Years ago, adult children took on the responsibilities of providing this care.

The best of intentions notwithstanding, this is not even an option for most of the adult children I know. The already precarious juggling act of managing careers, children, and carpools would be thrown into a death spiral if we had to add the changing and feeding of an elderly parent to the mix. Today, these caregiving functions are very likely to be outsourced. The costs of this can be enormous.

It comes as an unpleasant surprise to families that Medicare has very limited long term care coverage. Upon discharge from a hospital, Medicare and a Medicare Supplement policy together will cover only up to the first 100 days in a rehab facility. Those who need help beyond this time period are facing costs in excess of $125,000 per year in many areas of the US. It is not uncommon for someone to lose their house and all of their savings because of a need for nursing home care. 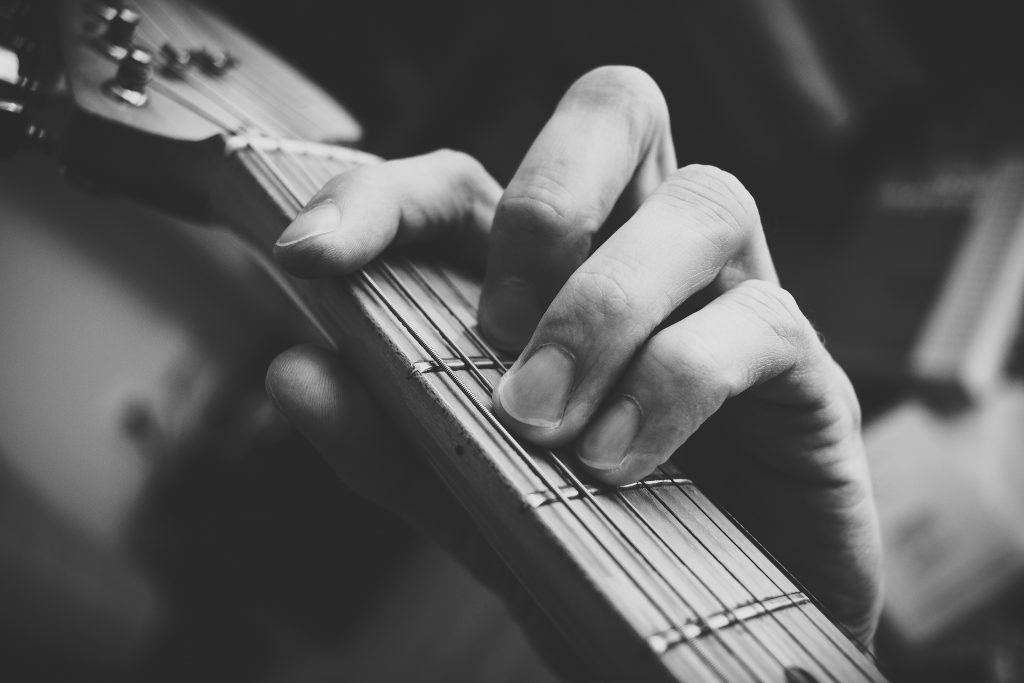 In an effort to protect the well spouse from complete financial ruin, anti-spousal impoverishment laws were enacted on the federal level in the late 1980s. In 2013, the well spouse (or community spouse) is permitted to retain up to $115,920 in assets while his or her spouse is covered under the Medicaid program. What if an individual has more than this? Enter- Spousal Refusal.

Spousal Refusal laws prevent the Medicaid program from refusing to provide coverage to an eligible individual just because his or her spouse is ‘refusing’ to cover the cost of the necessary care. This is not the end of the story! Each state’s Medicaid law requires an applicant to assign to the program his or her rights to enforce support obligations against all responsible parties including a spouse.

The reality of spousal refusal is very different from the politically motivated sound bites decrying multi-millionaires on Medicaid. If, for example, my spouse has a stroke and we apply for Medicaid for her, I may decide to declare spousal refusal in order to protect my nest egg of $300,000 .

Am I doing this because I am uncaring and mean? Not necessarily.

In every case, spousal refusal is declared because the well spouse is sick to his/her stomach at the very real prospect of hemorrhaging through the couple’s life savings. Those of you who have moral qualms with the practice should perk up with the following: Several months after I declare spousal refusal I will likely get a letter from my new pen pal- the regional Medicaid agency, that reads something like this: “Dear Sir/Madam, to date, we have provided $42,000 toward the cost of your spouse’s care. Kindly send us a check in this amount at your earliest convenience.”

You may ask what the purpose of the spousal refusal exercise was? Well, even if I send them a check in the requested amount, I will typically be ahead of the game. This is because the Medicaid program can only ask me to reimburse them for the substantially lower rate that they have paid the nursing home or home care agency. If I send the check in, I have probably gotten at least a 25% discount on what the private pay rate would have been. If the well spouse is in their seventies, I argue that the well spouse has a statistically long life expectancy and needs to retain adequate resources for her own retirement years. Perhaps the well spouse will lose pension income upon the death of their spouse. The well spouse may be supporting an adult child who is unemployed (very common today) or may have a child with a developmental disability and is concerned about protecting assets for him or her. These are not frivolous points.

These are very real concerns that affect someone’s mental state and by extension their health. Once all of these arguments are presented, the Medicaid agency will usually request a reduced contribution. At the end of the whole process, spousal refusal usually results in a shared public-private long-term care payment arrangement.

In the meantime, it is critically important that seniors inform themselves about all legally available options for protecting their assets. Without these protections, the danger is that seniors will go without needed care in order to protect their savings.