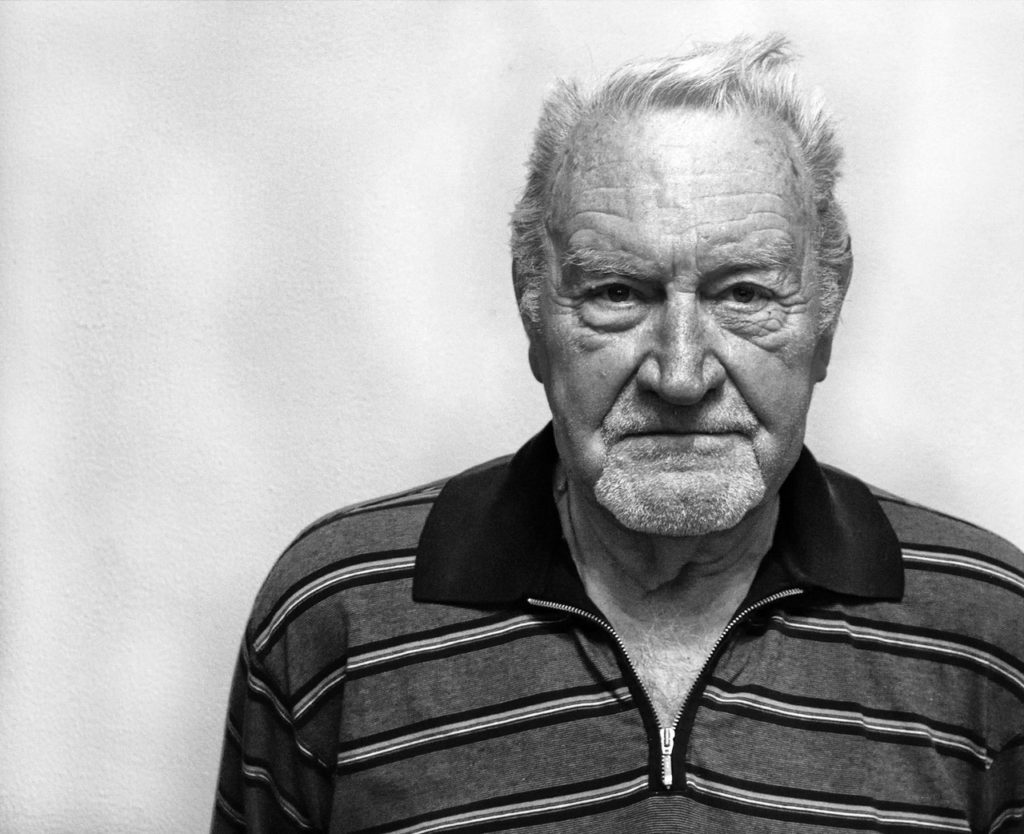 Many happy, independent, capable seniors are victimized and stripped off their rights. My Elder knows this is not what proper elder care is.

According to a UN General Assembly Report, the United States needs to step up its commitment to safeguard human rights and promote the rule of law in its own backyard — specifically, escalating abuse in the U.S. Elder Guardianship system.

It’s legal, but is it right?

Imagine you’ve worked hard all of your life and suddenly you are deemed incapacitated and are stripped of your dignity and basic individual rights. You have been abducted from your home, isolated from your family, and “placed” somewhere to be medicated while your assets are being pillaged. The authorities that should be protecting you are the ones committing these heinous acts. It sounds like Nazi Germany, but this is happening in the United States today.

The victims are seniors. The partners in crime are financial predators and agents of the Elder Guardianship system — attorneys, professional guardians, medical experts, and others who are paid out of the senior’s assets. There are some good judges but many are overworked and some are actively aiding the exploitation. Anyone can file to deem you incapacitated. The entire process from filing an incapacity petition to plenary guardianship where all rights are removed can happen within days.
Yet, once you’re caught in the web, it’s almost impossible to break free… AND you are forced to pay your abusers in the process.

A 2013 AARP report gave a “best guess” estimate of the number of adults under guardianship nationally at 1.5 million. Idaho and Minnesota are the only states that track the amount of money being controlled by guardians or conservators; the combined total for just two states is over $1 billion. Guardianship is supposed to protect older citizens. However, what happens when the system is broken? A 2010 federal study by the U.S. Government Accountability Office (GAO) identified hundreds of allegations of physical abuse, neglect and financial exploitation by guardians in 45 states and the District of Columbia between 1990 and 2010. In 20 cases, the GAO found that guardians stole or improperly obtained $5.4 million in assets from 158 incapacitated victims.

The Abduction of Lillie

Tuesday, September 6, 2016 was Lillie’s 88th birthday and her family didn’t know where she was. A week earlier, on August 30, the court-appointed Emergency Temporary Guardian abducted her from a doctor’s office while her niece was in the other room filling out papers. Although Lillie was happy and safe in her Palm Coast home of twenty years, the guardian “placed” her into assisted living and refused to tell her family the location. Lillie was not in danger and there was no emergency situation or other credible justification of such extreme and deceptive action. Video of Lillie from July 30, 2016 — just a month before — shows a vibrant African-American woman enjoying her home and family, and vocal about her financial affairs and this case. In fact, she does not seem incapacitated at all.

Since the case started in 2012, three good doctor’s reports that could have given Lillie her rights back went stale through a legal shell game of loopholes, frivolous objections and unethical behavior. Now, while she is sequestered and possibly sedated, they are pushing hard for plenary guardianship, which would take away her last two remaining rights: the right to vote (she is a registered Democrat excited about voting for Hillary Clinton) and the right to choose with whom she socializes.

Over a dozen attorneys and others have been invoicing against Lillie’s assets, while the temporary guardian has not paid Lillie’s basic bills or given her a penny of her own money for food or personal living expenses. The temporary guardian has been neglecting her fiduciary responsibilities and violating standards of practice, but Lillie’s sister and over 50 nieces and nephews are the ones being shut out.

The sudden manner by which Lillie was involuntarily placed in an anonymous location and isolated from her family and support system was likely traumatizing to her particularly given her past victimization. The initial evaluation for incapacity happened in 2012 when she was held captive for eight months at the home of a family friend. She eventually called 911 and escaped. Now, after five years of systemic abuse, Lillie is being violated again — this time by the temporary guardian who is supposed to be her advocate. Getting old is not a crime, yet Lillie is being treated like a criminal. Tonight, she is somewhere alone in assisted living probably wondering why her family has abandoned her.

Captors use social isolation to torture prisoners of war. Social isolation of otherwise healthy, well-functioning individuals eventually results in psychological and physical disintegration, and even death. Nevertheless, the Emergency Motions filed in court to get Lillie returned to her home and family have been ignored.

In Florida, there are 5 million people age 60 and older and that demographic is expected to account for most of the state’s population growth in the next 15 years. Yet, seniors who have come to this retirement haven are actively being deprived of life, liberty and property without due process of law. The guardianship system oversteps constitutional rights and goes against the Equal Protection Clause of the 14th Amendment that forbids states from discriminating invidiously against some of their citizens.

Professional guardianship is considered a “growth business,” with the number increasing from 12 registered professional guardians in 2003 to 456 in 2015, according to the Florida Department of Elder Affairs. The abuse is so rampant that the process itself has been called “Liquidate, Isolate, Medicatea.” With 40 hours of training and a modest background check, a professional guardian can start earning $85 an hour and have control over a ward’s property, finances, medical decisions, housing and social relationships. In other words, the guardian has the ability to: liquidate your assets by selling your home, car, etc.; isolate you from your family as guardian of “your person;” and put you in a nursing home to medicate you until you die. All of this is supposed to be in your “best interest.” An ABC13 Investigates report dubbed it “The Grey Prison.”

For example, 89-year-old Marie, featured in the Sarasota Herald-Tribune‘s Elder guardianship: A well-oiled machine, had her rights removed at the request of her stepson-in law. The court ordered a trust company to pay out some $635,000 to attorneys, guardians and other involved in her case. She survived wartime Poland and said even Hitler’s Germany failed to prepare her for this travesty. Republican member of the Florida House of Representatives Larry Ahern said, “In extreme cases, the wards are sometimes prevented from regaining their competency and remain, in effect, prisoners of guardians.” How many seniors, like Lillie and Marie, are being exploited in this cruel and systemic manner?

Due to a string of horror stories and rising complaints, on March 10, 2016 Governor Rick Scott signed into law Senate Bill 232 creating the Office of Public & Professional Guardians to replace the Statewide Public Guardianship Office within the Florida Department of Elder Affairs. In April, they initiated rule making procedures to address the regulation of professional guardians, including standards of practice and disciplinary guidelines. These are expected to be in place October 2016. While these necessary changes are underway, what happens to seniors, like Lillie and Marie, who are being victimized this moment in Florida? Will they get a pardon and be set free?

A New Form of Human Trafficking?

According to the United Nations Office on Drugs and Crime, Article 3, paragraph (a) of the Protocol to Prevent, Suppress and Punish Trafficking in Persons defines Trafficking in Persons as the “recruitment, transportation, transfer, harbouring or receipt of persons, by means of the threat or use of force or other forms of coercion, of abduction, of fraud, of deception, of the abuse of power or of a position of vulnerability or of the giving or receiving of payments or benefits to achieve the consent of a person having control over another person, for the purpose of exploitation. Exploitation shall include, at a minimum, the exploitation of the prostitution of others or other forms of sexual exploitation, forced labour or services, slavery or practices similar to slavery, servitude or the removal of organs.”

Trafficking involves psychological coercion to render someone a slave. To do this, perpetrators employ “tactics that can lead to the psychological consequence of learned helplessness for the victims, where they sense that they no longer have any autonomy or control over their lives. Traffickers may hold their victims captive, expose them to large amounts of alcohol or use drugs, keep them in isolation, or withhold food or sleep. During this time the victim often begins to feel the onset of depression, guilt and self-blame, anger and rage, and sleep disturbances, PTSD, numbing, and extreme stress. Under these pressures, the victim can fall into the hopeless mental state of learned helplessness.”

An argument can be made that the “Liquidate, Isolate, Medicate” Elder Guardianship process in Florida at its worse is a form of human trafficking. On the basis of the definition, it is evident that trafficking in persons has three constituent elements: a) The Act (What is done) — In this case, the transfer and harbouring of a person, b) The Means (How it is done) — Abduction, deception, abuse of power or vulnerability, and c) The Purpose (Why it is done) – In the case of guardianships, the purpose is financial exploitation — a form of servitude. Seniors are sedated in locked assisted living facilities while their assets are spent down.

The Right to be Protected & Respected

Probably the most famous case of financial elder abuse is that of one-time New York socialite Brooke Astor when she was more than 100 years old. Her grandson Philip C. Marshall testified against his father and helped put him in jail. In his 2015 testimony to the Senate’s Special Committee on Aging, Mr. Marshall said, “To be complacent about elder justice is to be complicit in elder abuse.”
Given demographic trends, elder financial abuse is expected to grow dramatically unless we do something. The baby boom generation is reaching retirement age at a rate of 10,000 people per day.

Those 65+ will make up 20% of the population by 2050. The 2015 White House Conference on Aging has made “elder justice” one of its four tracks. There is now a federal home for Adult Protective Services and a new Elder Justice websitecalled a “one-stop shopping site for victims, families, prosecutors, researchers and practitioners.” President Barack Obama declared June 15, 2016 as World Elder Abuse Awareness Day.

Just as we continue to make strides with human rights issues around the world, we need to shine a brighter light on elder abuse on our soil — particularly this type of vicious and systemic financial exploitation. To be an elder is a privilege, not a condition causing you to be tossed aside and abused. Our elders need to be protected and respected. If we’re lucky, we will all get old. Let’s create a society where we can age with grace and dignity.